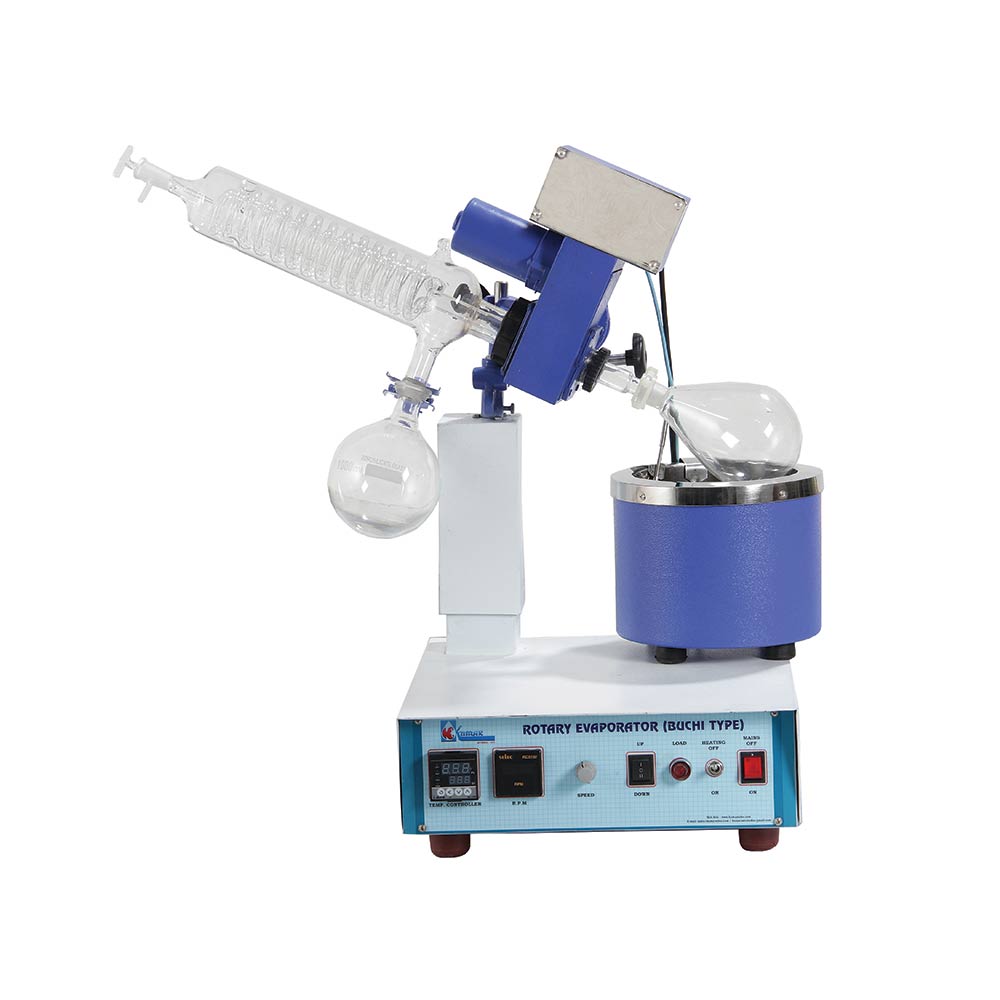 A turning evaporator is a system used in substance labs for the effective and soothing elimination of chemicals from examples by standard water loss. When recommended in the substance make up analysis literary works, information of the use of this strategy and devices may consist of the term “rotary evaporator”, though use is often rather signaled by other terminology (e.g., “the example was disappeared under decreased pressure”).
A easy turning evaporator program was developed by Lyman C. Todd. It was first commercialized by the Europe organization Büchi in 1957.
The main components of a rotary evaporator are:
* A engine system that revolves the standard water loss flask or vial containing the customer’s example.
* A steam duct that is the axis for example spinning, and is a vacuum-tight gateway for the steam being attracted off of the example.
* A machine program, to considerably decrease the stress within the evaporator program.
* A warmed liquid shower (generally water) to warm the example.
* A condenser with either a coils moving coolant, or a “cold finger” into which coolant mixes such as dry ice and acetone are placed.
* A condensate-collecting flask at the end of the condenser, to capture the distilling solution after it re-condenses.
* A technical or electric procedure to easily raise the standard water loss flask from the warming shower.
Non-sparking gear drive unit* Support stand with jack arrangement on S. S. Rod. *
S. S. Water Bath with heater Control fitted on a jack* Double coiled
glass condenser Evaporating flask. *Receiver flask fitted with a ball joint clip. * Feeding
tube & vapour path tube.